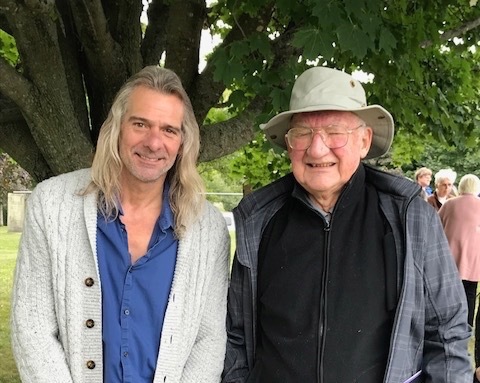 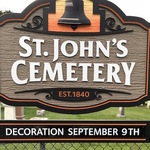 On Sunday September 9th, under an overcast sky, over 30 people gathered at St. John's Anglican Cemetery just outside of Blackstock for the annual Decoration Day.  Along with hymns sung heartily, a solo by Dr. Ankelly Armstrong, and beautiful music played by Anne Lane, a poem was read to memorialize the history of the cemetery.  It was written by local poet, Nick Vanderzwet (pictured here with local historian Paul Arculus).

With the death of a young girl

They had to break ground

It was on that day

This Anglican cemetery was found.

A tip of the hat

A bow on the knee

A ring of the bell

A tribute to St. John.

And plots purchased by families

For the loved ones lost.

For the many that care

Wondering how, why and where.

One hundred and eighty one

Call for Special Vestry Thanksgiving Pastoral Letter from Our Area Bishop How to Get to Church!