What happened to the Liturgy? 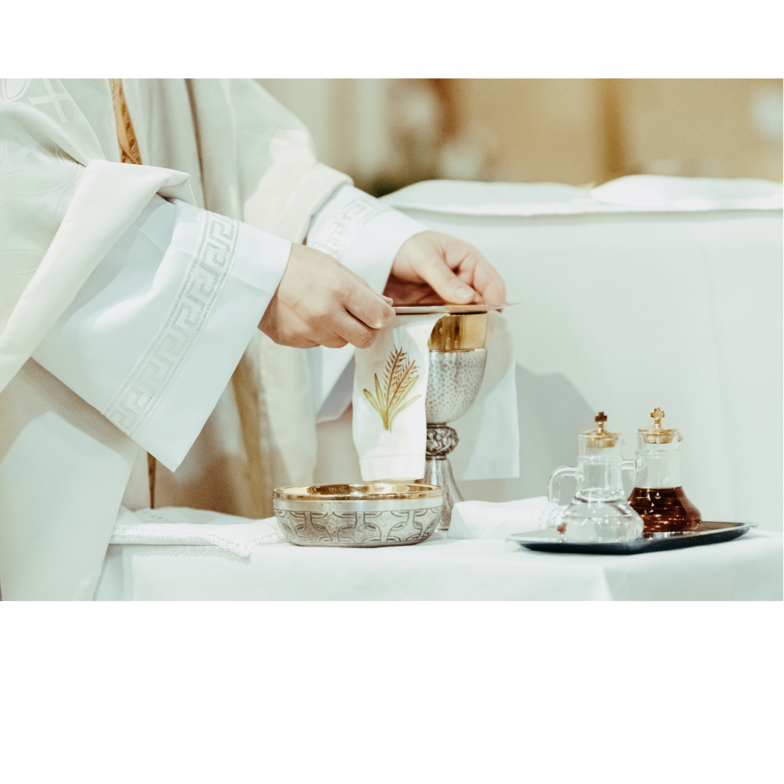 Recently, a parishioner asked about where some of our beloved liturgy had gone to during lockdown and pre-recorded services (and even before that!).  A great question!  As we all look forward to regathering, hopefully in August if we are allowed, here are some answers to that question.

What happened to the Eucharist?

If you have visited other churches online, or the cathedral, during lockdown and live-streamed services, you may have noticed that some priests celebrate the eucharist even with no one in attendance.  You might wonder why we don’t do this Ascension.

Priests were given permission, during the pandemic, to celebrate the Eucharist by themselves while recording or live-streaming and this is called “Spiritual Communion.”  As the Preface to the Eucharistic Service in the BAS states, “the celebration of the eucharist is the work of the whole People of God” (BAS 183). Traditionally, Eucharist is not celebrated by one person, alone.  The rubric teaches that at least 3 people should be present for a eucharist to be celebrated, because, of course, eucharist is about receiving the bread and wine.

Though the decision to either celebrate a “Spiritual Communion” or not rests with the priest, I did consult a few people in the parish about this, particularly the wardens.  Along with many other Anglican parishes, we decided to continue to wait to celebrate the Eucharist when we are all together again.

That said, I do, as a priest and as an Anglican know how hard it is to go without communion for so long.  It is a central part of our worship and spirituality.  When this fast is over, it will be a time for feasting!  In the meantime, may this season of fasting offer to each of you what fasting is meant to offer - and that is spiritual growth in other areas of your life.

Why don’t we say the traditional Lord’s Prayer?

The BAS allows for two versions of the Lord’s Prayer (see BAS pg.211).  The traditional Lord’s Prayer was based on available texts in the 1600s when the BCP was first published.  The prayer we now use is a closer translation to the original text, according to manuscripts found since that time and modern scholarship.  For example, the idea that God ‘leads us in to temptation’ (traditional prayer) is not theologically correct.  However, the prayer, ‘save us from the time of trial’ is much more in keeping with the teachings of Jesus, and closer to the original meaning of what Jesus said.

That said, I know that saying the traditional Lord’s Prayer is a blessing to some and so I do try to incorporate it from time to time, as we have been doing during Evening Prayer this month.

What happened to the creeds?

This is a multi-faceted question.  Firstly, when I as a priest arrived at Ascension, I adopted the liturgical practices that were already in place.  One of those was to use what we call the “Shema” or “Hear O Israel”.  This is the most ancient form of faith profession or affirmation in the Hebrew Scriptures and is allowed for use as an affirmation of faith.

Throughout the Anglican Communion, other affirmations are also used, such as those based on scriptural texts such as Philippians 2:6-11, 1 Corinthians 15:3-7 and others.

As priest I prefer to use scriptural texts for our affirmations of faith, and the Shema is one our rubric allows for.

The Nicene Creed (CE 325) and the Apostle’s Creed (CE 5th C) are not texts of the Bible, though of course, they are based on the biblical texts.  The Nicene creed was written by a council of church men with the express purpose of maintaining orthodoxy in an age of rampant heresy (there was no Google to check things out in those days and misinformation about the gospel was common).

This is an interesting and sometimes complicated matter.  I plan on preaching and/or teaching about this is the coming year.  In the meantime, I am aware that many Anglican’s grew up saying the creeds and miss the familiarity of that affirmation.  This is why for certain feast days, like Ascension last week, I do include the creeds from time to time.

Do you have other questions about our liturgy?  Please send them directly to me, Ruthanne ([email protected]).  I am always open to the discussion and to incorporating more traditional elements of our historical practice when they are life-giving and inclusive for all.