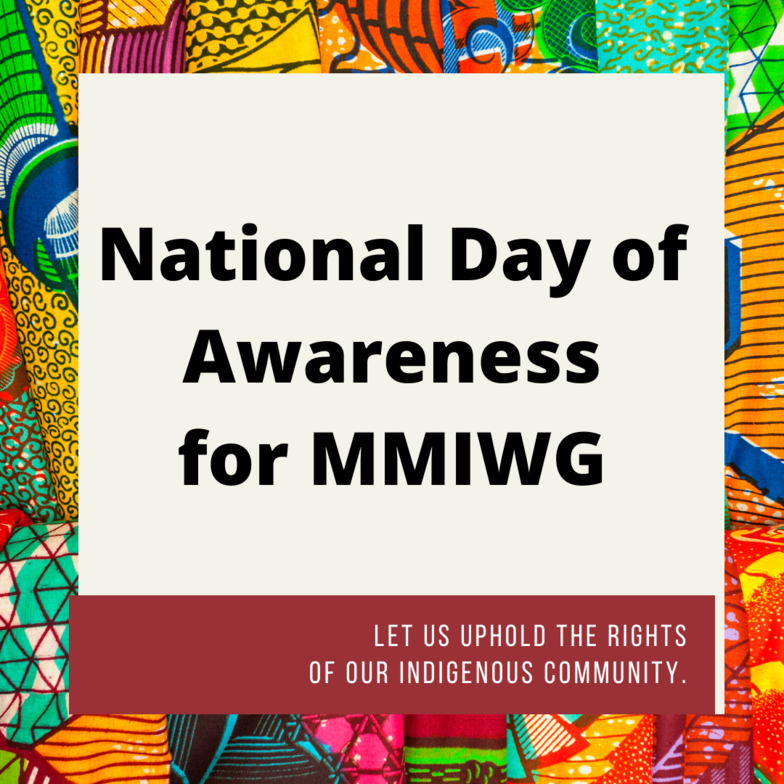 Thursday, May 5: National Day of Awareness for MMIWG
What can you do?
Wear red in support of grieving family and friends and commemorate thousands of Missing and Murdered Indigenous Peoples.
“According to Statistics Canada, 9% of female homicide victims in 1980 were Indigenous.
By 2015, Indigenous women made up nearly one-quarter (24%) of homicide victims in Canada.
The same report shows that while homicide rates for non-Indigenous women
have gone down over the decades, homicide rates for Indigenous women have been going up.”
It is difficult to read that such a high number of Indigenous women are victims of murder, especially when you take into consideration that Indigenous women and girls only account for 4 % of the female Canadian population.
TRC Call to Action 53, calls for establishing a National Council for Reconciliation that would in part 'Promote public dialogue, public/private partnerships, and public initiatives for reconciliation.'
Attend an observance in Port Perry/Uxbridge area if there is one, or carpool and join members of All Saints Whitby, Christ Church Oshawa and other denominations to support, participate and learn more about how to raise our voices to end violence against Indigenous women and girls.

The Carea Community Health Centre, 115 Grassmere Avenue, Oshawa, ON, 5:00 - 8:30 p.m. There will be a performance by the Durham Metis Drum Circle, Indigenous foods, an outdoor walk to the Sacred Fire and Garden at the back of Carea Community Health Centre, speakers who will retell their stories and experiences in the aftermath of losing their family member. A free event but with a chance at door prizes and there'll be a Silent Auction. Proceeds will go towards creating a bursary in honour of Indigenous victims.