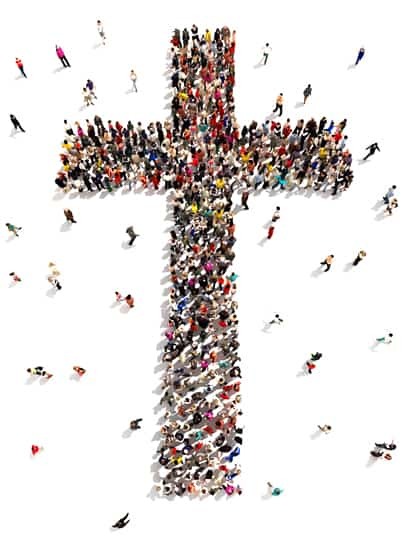 This past Sunday I talked about  the reality that the history of the Church has been one that does not lend itself to being inclusive. However, I think there are many positive signs to show that there has been change that is consistent with Scripture.

Acts 11:1-18 is generally considered a watershed moment because the Gentiles are brought within the Church without having to convert to Judaism. New people, new cultures, and new communities make us consider the gospel message from new perspectives.

N. T. Wright argues that right from the beginning the early church was a different sort of religious group. They were not interested in an earthly kingdom but the kingdom of God . They were more Jewish than pagan because they believed in one God and they adopted practices of the Jewish religion. But they were different because they insisted on a language that espoused the divinity of Christ and relied on non-racial fellowship.  In time it was clear that these early Christians ended up with a retelling of the Jewish story. It was still a recognizable Jewish world view but one radically transformed that told a different story.

Yet the wonderful story of inclusiveness became one of exclusiveness. Soon Christian thinkers would be writing about and advocating a negative image of the Jewish people. Elements of the Judaism recognized in Christian thought (Jewish ancestry, the use of the Old Testament, or the the teachings of Rabbis) were suppressed. It would not be until after the Holocaust that a new era began. The World Council of Churches in its inaugural meeting in 1948 acknowledged a connection between anti-Judaism and antisemitism which it declared to be irreconcilable with the practice of Christian faith.

This though is only one story of inclusion becoming exclusion. There is a very long list: which books should be in the canon, the proper wording of the Creeds, Catholic vs. Protestant, Protestant vs. Protestant, do we tolerate people of different ethnicity, those with disability, or those who are gay. There is a story of exclusion and it is not a very nice story.

People ask me why I read a lot of history and biographies. I think that by understanding the past we can live a more worthy life in the present. And as a Christian I want to understand how the Church can live out its prophetic calling and be faithful to God. I also know as a former lawyer that rules, doctrines, and creeds are essential but I also know that they can be used improperly to marginalize the vulnerable and those that need to be accommodated.

Peter asked the question in v. 17 “Who was I that I could hinder God?” Perhaps the question is who are to hinder God? If God so loved the world that he gave his only Son to redeem all humanity, it is not for anyone to limit God’ mission to reconcile us with God.  Yet we continue to act as if there are some who are in the church and those who are out of the church. We may not use that language but we do have different standards and levels of accommodation for people.

As one author noted ‘anytime we exclude some from full participation in the Church, Peter’s question should trouble us’.

We need to continue to have discussion about how we truly can include everyone in our church so that they are part of a loving community that does care. There should be no differences in the standards to come into this sacred and holy space we call the Ascension. We need to draw the circle wide for those that are disabled, suffering from the stigma of mental illness, a mother who may need to breast feed, or a gay person. Our calling is not to hinder God but to show the radical hospitality God intended for God’s church.